In 25/7/2020 at Long Hau Factory, Viet Huong JSC held 25th anniversary of its solemn and meaningful establishment. Due to the situation of the COVID disease, the ceremony consisted of only Viet Huong internal staff, unable to invite customers and partners in France to attend.

The party started with a video of the achievements of Viet Huong’s 25 years of development, followed by an impressive dance-singing performance from the beautiful girls of the Quality Management and Administration Department. 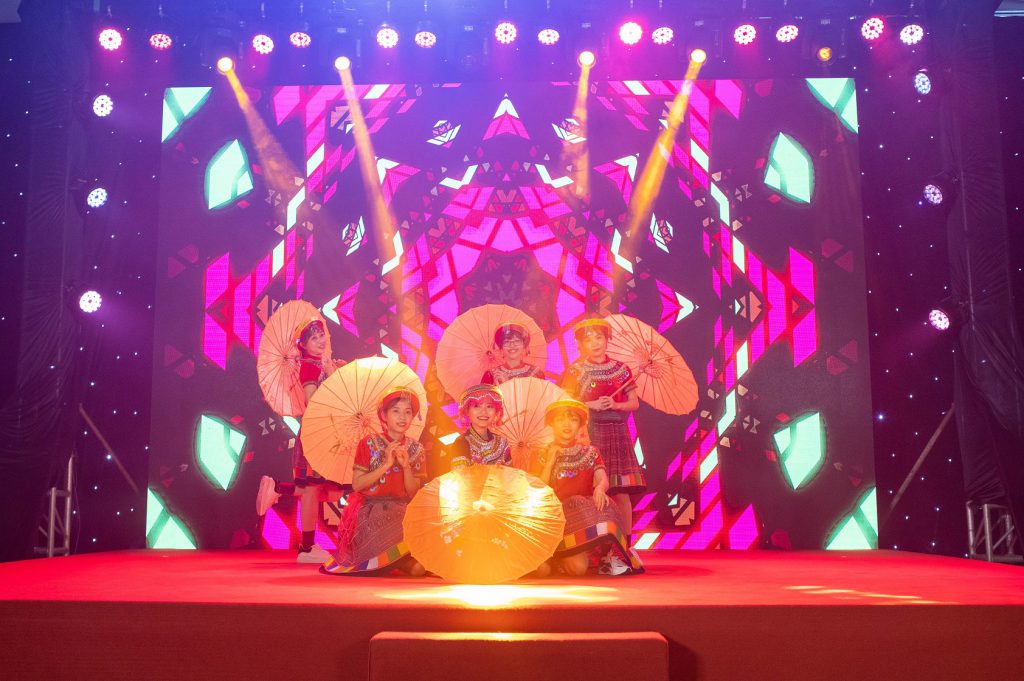 Opening the ceremony, Ms Nguyen Thuy Quynh – Viet Huong’s General Director gave a heartfelt and emotional speech to all employees in the company. She remembered every milestone of the key employees who entered Viet Huong, which touched everyone. She also reviews the challenging milestones of the past 25 years that Viet Huong has encountered and overcome to make Viet Huong become the leading Vietnamese company in aromatherapy, plays an important role in the supply chain of food and cosmetic production of the country. 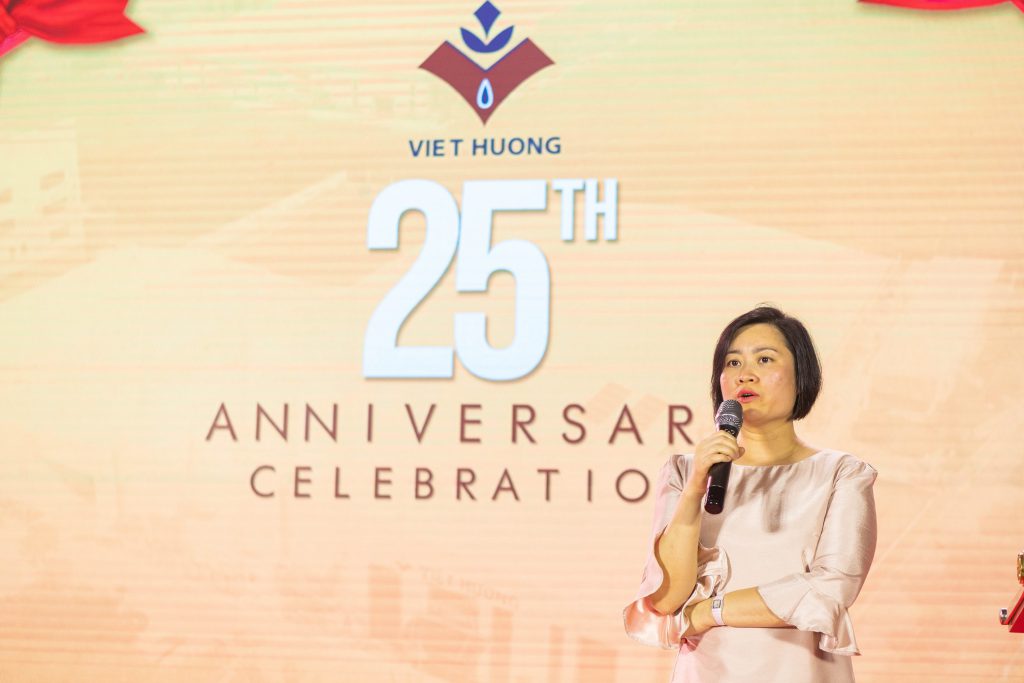 Viet Huong Board of Directors uncovered the champagne to open the 25th anniversary of Viet Huong’s establishment in a joyful atmosphere. 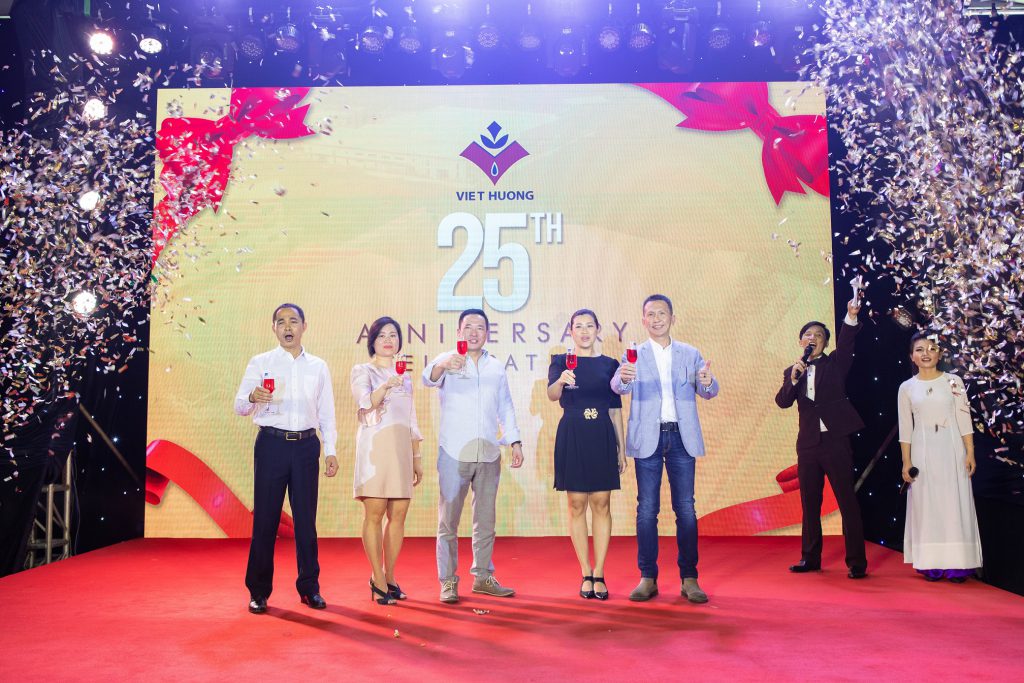 Because the customers and partners could not attend, they sent their best wishes to Viet Huong via email. Thank you for all regards of our partners for Viet Huong on this occasion.

The party became cosier when Mr Huy Hoang and Ms Bao Tran – two veteran employees of Viet Huong who had worked since the 2000s shared their feelings from the early days. 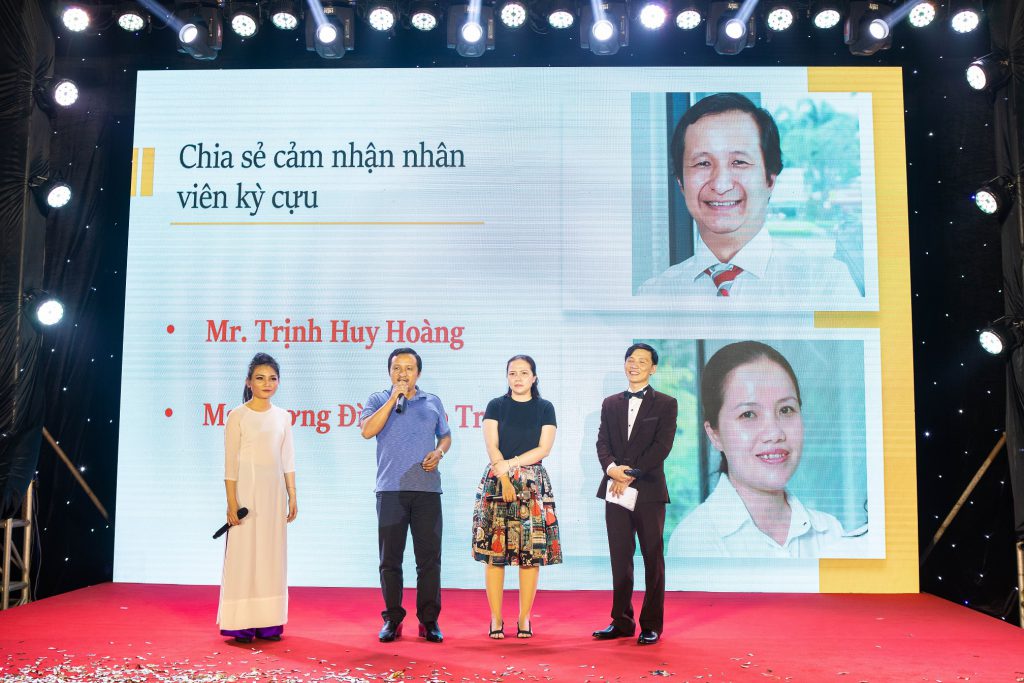 The performance “5 brothers on a tank” of the planning – logistics – accounting department has made the atmosphere more majestic and vibrant than ever. 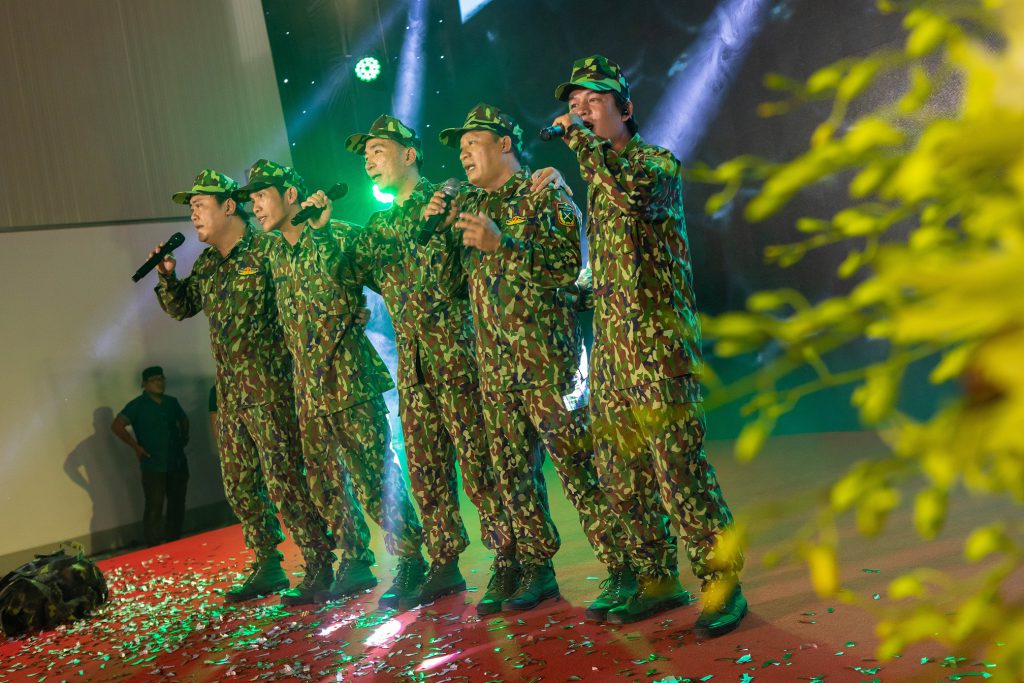 At the 25th anniversary of the establishment and development, Viet Huong Board of Directors had a reception for everyone BBQ buffet with a variety of dishes and meticulously processed.

After the ceremony is to the festival, the Viet Huong brothers and sisters attended the fun games together, bringing joyful laughter. 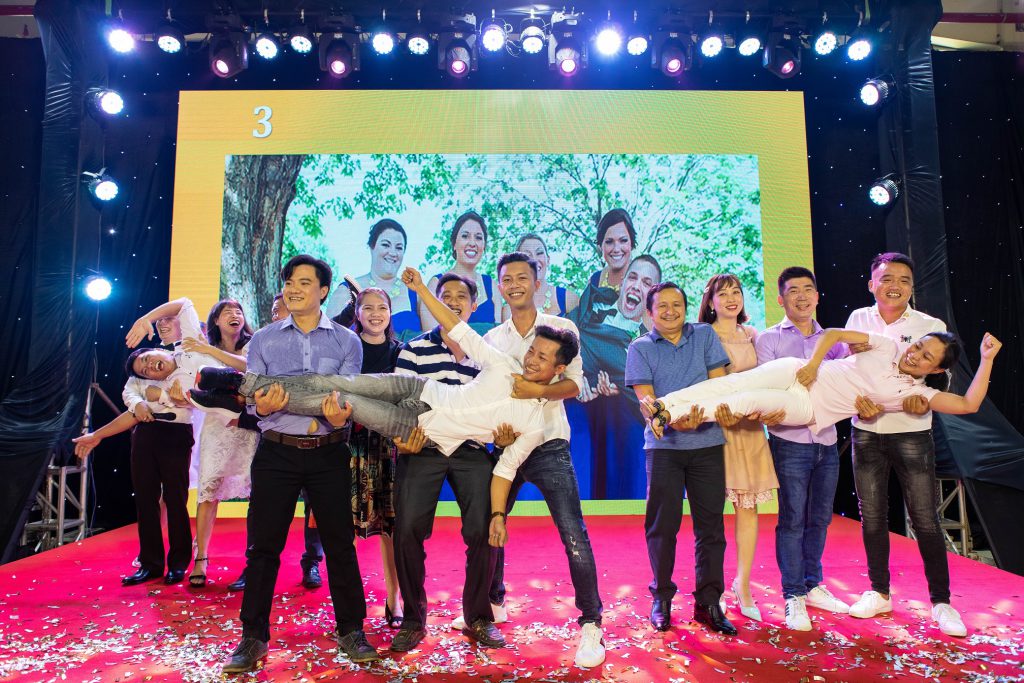 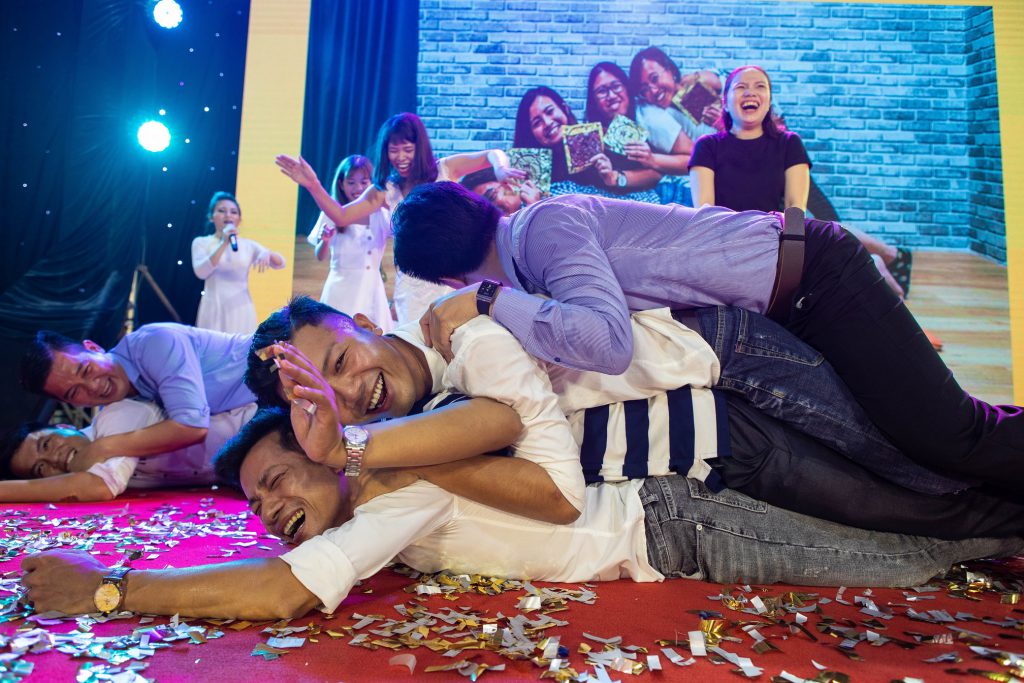 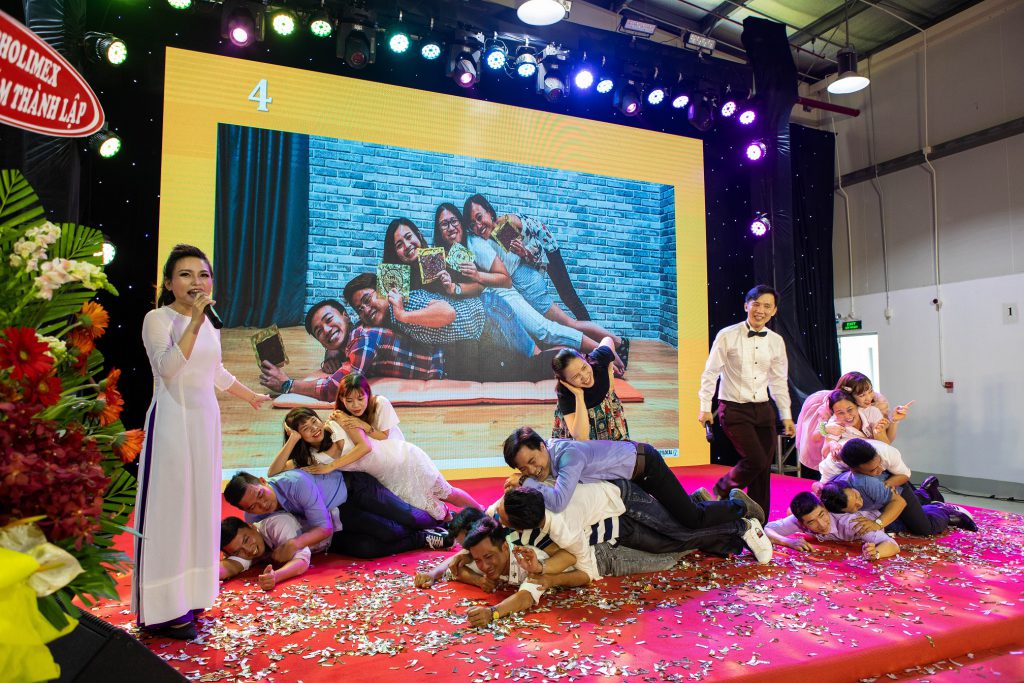 The third entertainment performance Mr. Toan represented the manufacturing department with a perfect performance with the song “Singing about rice today”. 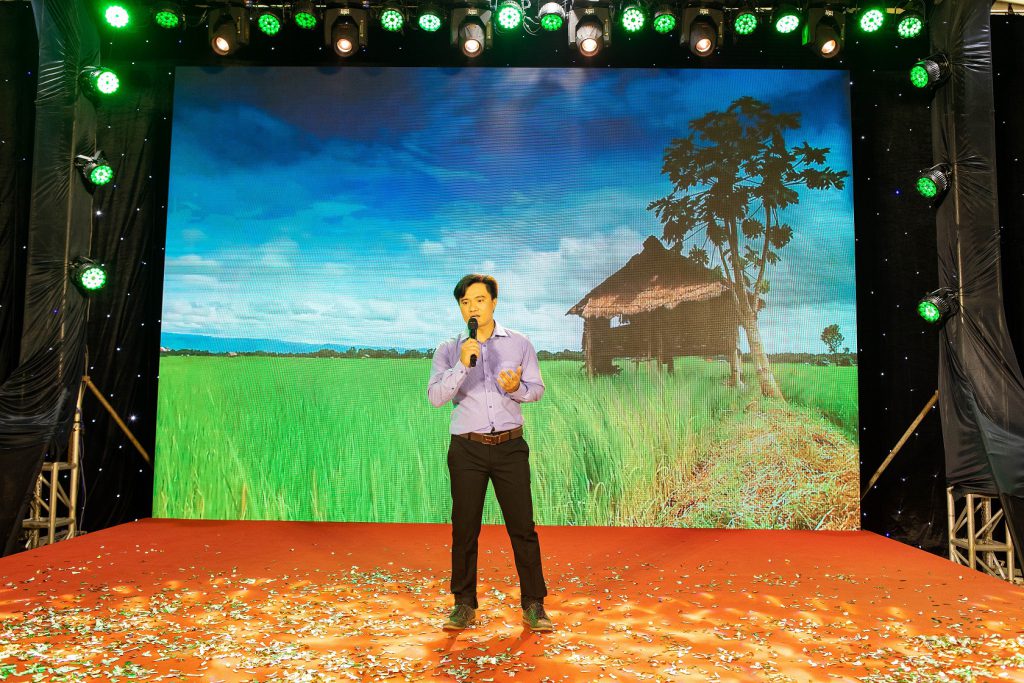 Closing the party, Mr Nguyen Tuyen gave an impressive closing speech: he invited the staff to stand up / sit down according to the years of experience in Viet Huong, and whether for new or veteran employees, he also treasured and thought it was a good point.

The newly joined staffs prove that Viet Huong is growing, expanding, and the long-term employees demonstrate that the working environment here is really good to keep them staying for decades. 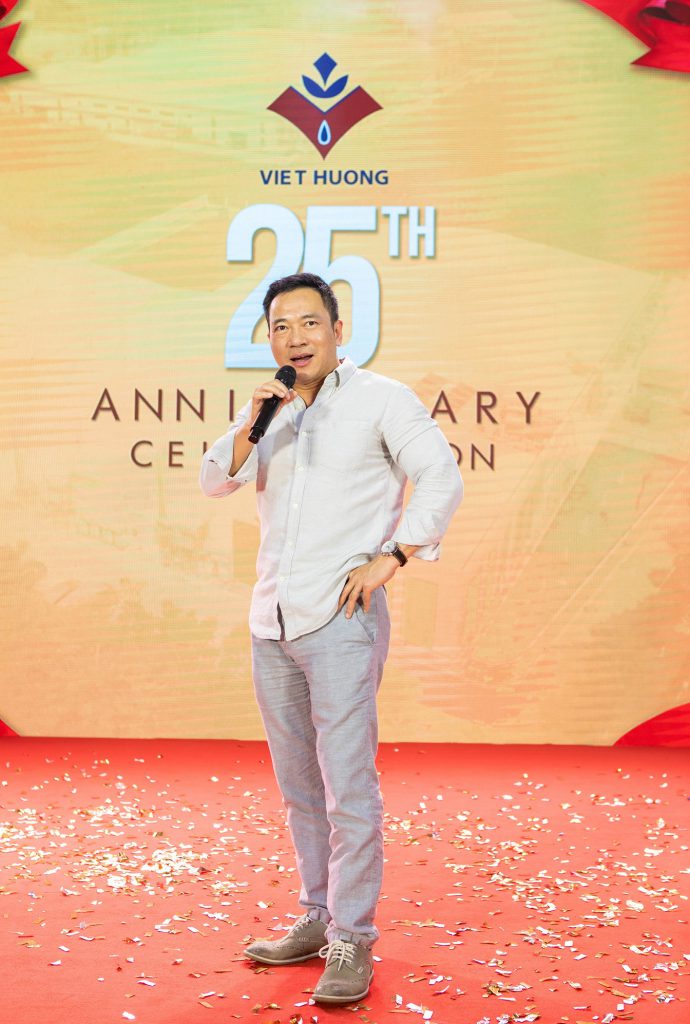 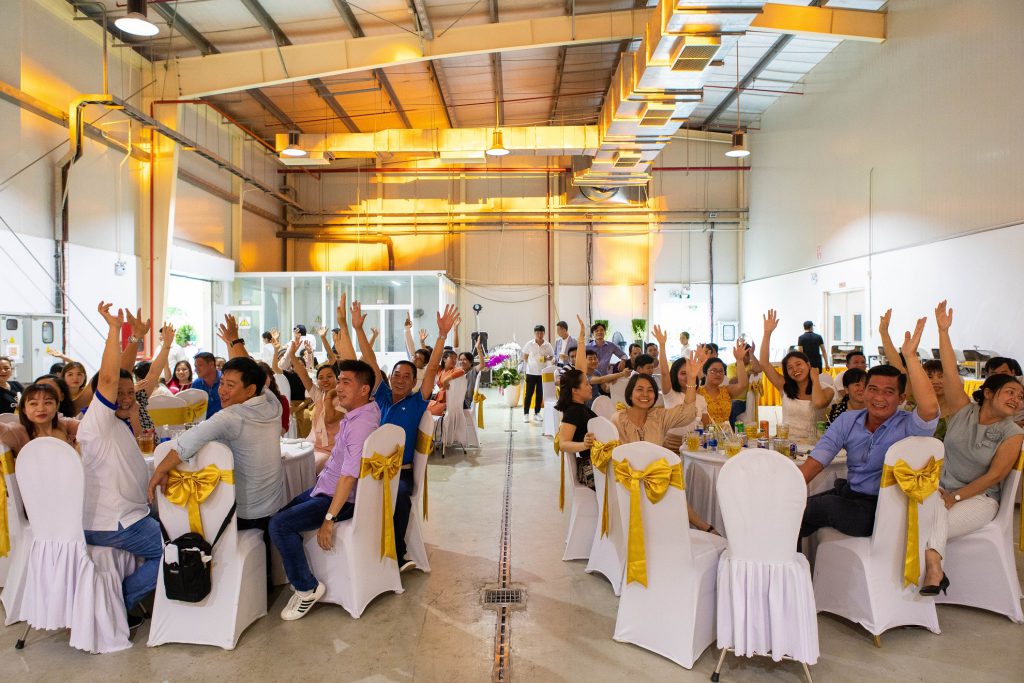 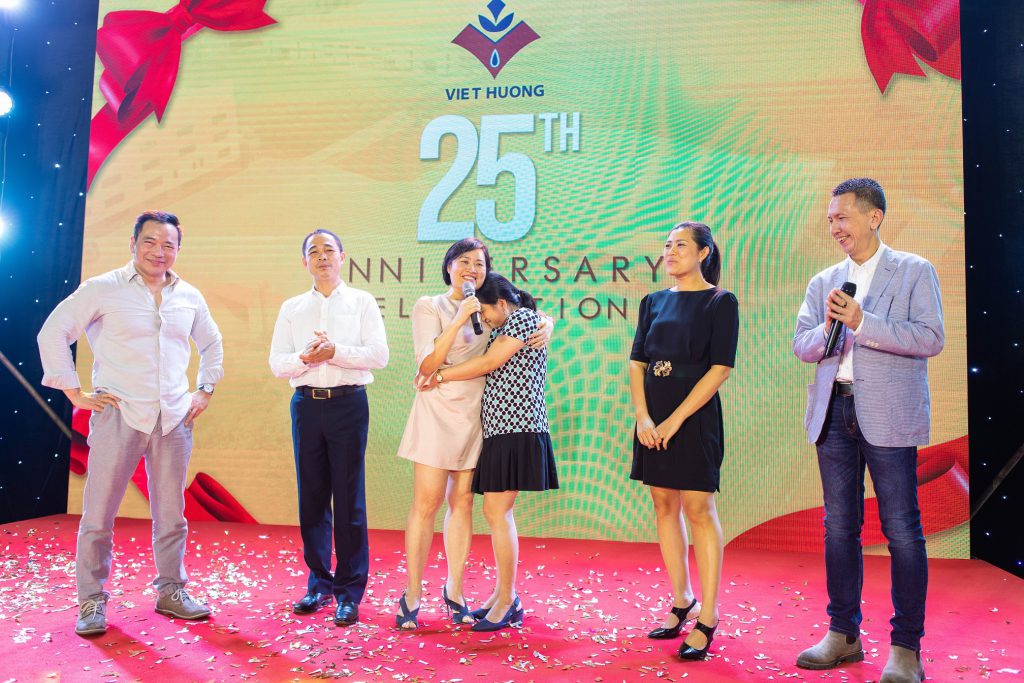 The 25th-anniversary party ended successfully with joy and good emotions kept in the attendant’s mind. Wishing Viet Huong Flavour Fragrance JSC to continue developing stronger, carry out the mission to be abreast with international flavour companies in the world.